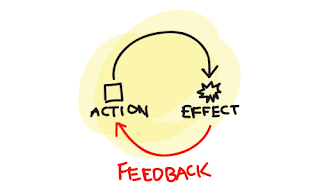 Many observers believe that “peak oil”, the moment in time when the maximum rate of global extraction of oil, has occurred, and that the rate of production is now in terminal decline. According to a 2004 European study, 59% of Ireland’s Primary Energy supply was of oil, with gas and solid fuels accounting for a further 23% and 15% respectively, which indicates that our energy needs are going to be progressively curtailed in the not too distant future, if our present method & rate of energy consumption continues.

I frankly consider that this upcoming energy shortage will prove to be a source of relief for our environment, as our intense energy consumption since the beginning of the industrial revolution has forever changed our planet’s eco system, principally by way of pollution emitted as a displaced by-product of making fossil fuel derived energy work for us. The pollution also adversely affects our health, as was seen in Beijing for the last Olympic games.

I do however believe that it is possible to change our energy consumption habits, to extend the remaining fossil fuel, maintaining our present way of life without causing more harm to the environment than we would have anyway, if our approach, as a community, to energy is re-thought.

The present energy limiting factors in Ireland centre around reducing energy consumption of device per unit of functional output (i.e. condensing gas boilers today might be 93% efficient as against older boilers at 80%), which is achieved through legislative methods, and the other method is to increase the cost of that energy consumption, which occurs naturally as a resource dwindles.

I argue that despite the recent increases in the cost of energy, it is nonetheless too low for what it is worth to us. To cite an example: for the period of October to December 2011, the direct energy consumption by myself & my partner between our C1 BER apartment and our small hatchback car accounted for about 5% of our combined, slightly below industrial average, wages. This cost is so insignificant that we could afford with ease to double or triple our rate of consumption before we would feel any impact on our lifestyle, causing further environmental damage. Therefore, another method of reducing consumption is needed, in advance of the economic reality governing demand & supply - for this I propose that better user feedback is necessary, whilst they are consuming energy, instead of lump sums they pay out when filling fuel tanks, or at the end of a billing period.

People are generally not wasteful if they appreciate the value of a commodity and the impact of it, and so they should be able to relate the impact of their actions with energy consumption. A very promising device in this regard is a room thermostat / space heating controller called Nest, which has a user interface devised by the designer of the Apple iPod menu system (widely regarding as one of the most intuitive digital music players available). This thermostat, in addition to learning your occupancy & temperature preferences, subtly modifies your behaviour to indicate when you are using energy efficiently by glowing green, and conversely glowing red when you are wasting it.

Such user feedback is the missing key in the drive to reduce our impact on the environment, and I suggest that legislation should be enacted to capitalise on peoples goodwill to reduce our energy consumption, instead of allowing our present insatiable thirst for energy remain relatively unchecked.
at January 27, 2012